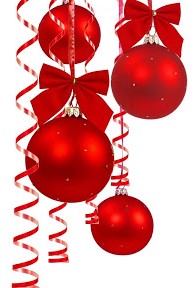 Part of Penguin's beautiful hardback Clothbound Classics series, designed by the award-winning Coralie Bickford-Smith, these delectable and collectible editions are bound in high-quality colourful, tactile cloth with foil stamped into the design. Pip doesn't expect much from life...His sister makes it clear that her orphaned little brother is nothing but a burden on her. But suddenly things begin to change. Pip's narrow existence is blown apart when he finds an escaped criminal, is summoned to visit a mysterious old woman and meets the icy beauty Estella. Most astoundingly of all, an anonymous person gives him money to begin a new life in London. Are these events as random as they seem? Or does Pip's fate hang on a series of coincidences he could never have expected?

Charles Dickens was born on 7 February 1812. He began Oliver Twist in 1837, followed by Nicholas Nickleby (1838) and The Old Curiosity Shop (1840-41). A Christmas Carol, appeared in 1843, David Copperfield in 1850. In later works, such as Bleak House (1853) and Little Dorrit (1857), Dickens's social criticism became more radical and his comedy more savage. He published Hard Times in 1854, A Tale of Two Cities in 1859 and Great Expectations in 1860. His last novel, The Mystery of Edwin Drood, was never completed and he died on 9 June 1870. David Trotter is Quain Professor of English Language and Literature and Head of Department at University College London. Charlotte Mitchell is Lecturer in English at University College London.

"No story in the first person was ever better told."