Writers of the Future Event

Join us in welcoming local authors featured in the 38th volume of Writers of the Future! 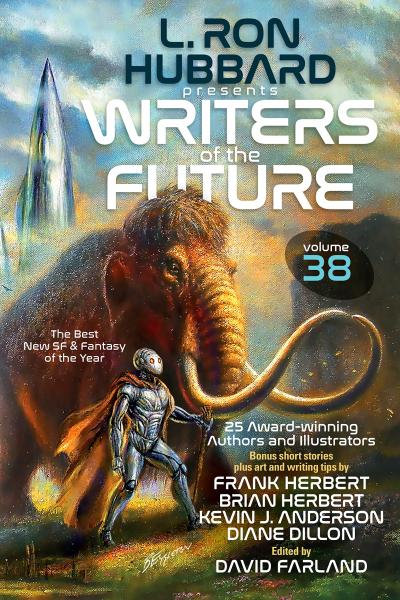 Z. T. Bright is an author in deep (like, really deep) cover as a financial planner. He lives outside of Salt Lake City with his wife (who is far more talented creatively than he is), their four perfect children, three ducks, two dogs, and one cat. Yes, it’s as loud as it sounds. When not writing or working, he can be found cooking, supporting his kids at their various activities, or enjoying the outdoors—hiking, backpacking, fishing, biking, etc. Z. T. was the winner of the inaugural Mike Resnick Memorial Award and was published in Galaxy’s Edge magazine in 2021. He writes anything speculative, ranging from sci-fi short stories to middle-grade fantasy novels. Writers of the Future is his second sale. “The Magic Book of Accidental City Destruction: A Book Wizard’s Guide” was inspired by the power of the internet and social media to both disseminate information and create social divisions like never before in history. It seems to him we all need to examine our relationship with these tools . . . before it’s too late (dun, dun, dun!).

Brittany Rainsdon grew up as the only girl in a family with four brothers. She’s reversing that trend with her own children—four girls and one boy. In 2010, Brittany graduated from Brigham Young University-Idaho with a Bachelor of Science in nursing. She has worked in both medical/surgical and rehabilitation specialties, although she currently enjoys working as a stay-at-home mom. Throughout childhood, Brittany wrote many poems and stories but lost her spark upon entering college. After having her third child, she sought a creative outlet, and her passion for writing reignited. Once she found the Writers of the Future Contest, Brittany decided to enter every quarter until she won . . . and after sixteen consecutive entries, she did. Brittany’s first published story appeared in Deep Magic, spring 2021, and was republished in The Best of Deep Magic Volume 2. She was published in Writers of the Future Volume 37 as a finalist and now in Writers of the Future Volume 38 as a Contest winner. Brittany lives with her husband and children near the Snake River in Idaho, where she swears it looks like a wintered Narnia for nearly half the year. She has many pairs of fuzzy socks. About her story, Brittany shared the following: “After a dramatic health scare, I reflected much on what mattered most to me—as well as my greatest fears. My biggest concern wasn’t actually dying, but leaving my children without a mother. This concern, coupled with musings on the value of life, spawned the characters and ethical dilemmas within ‘The Last Dying Season.’”